MSNBC anchor Chris Matthews announced that he was retiring just days after a female columnist accused him of making inappropriate comments to her just before she appeared on his show.

In the past few weeks, he’s been at the center of other concerns: During his 2020 presidential election coverage, he likened Sen. Bernie Sanders’ campaign to a Nazi invasion and cast doubt on the women who alleged that former New York City Mayor Mike Bloomberg discriminated against his pregnant employees.

The resignation announcement — live on his show Monday — came as a shock even to Matthews’ colleagues. While Matthews has produced a lengthy track record of controversial behavior around his female peers, he’s been a political commentary mainstay for decades.

Everything You Need To Know About Nakyung Park 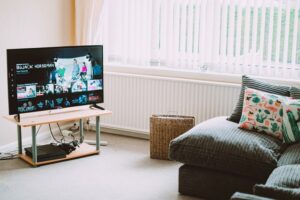 Why The Bachelorette Had to Be Clare Crawley